Brussels, a city that cannot be summed up in a single glance or a single word. A city that doesn't give away everything on the spot, but gradually conquers the hearts of its visitors. The many facets of this metropolis continue to amaze, shock and enchant day in and day out. To make sure you don't get lost in the charming chaos of the streets of Brussels, Discover Belgium has put together this brief overview of Brussels' districts. 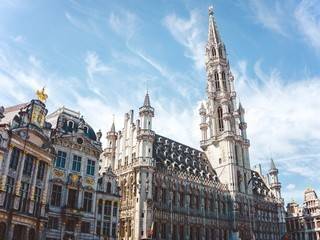 The famous Grand Place, considered by experts to be the most beautiful in the world, is the main stage around which the Brussels spectacle takes place. Here you will marvel at the flamboyant neo-gothic splendour of the Bread House and take a selfie with probably the most photographed inhabitant of Brussels en existence: Manneken Pis. You will experience the turbulent history of this place in person, marked by the Spanish conquerors and refined (word) artists such as Victor Hugo and his namesake Victor Horta. After a long voyage of discovery through history, relax above a steaming pot of mussels and fries in one of the many cosy eateries in the historic centre.

What events are there in the historic centre?

A century ago, this region had a flourishing industry, which is now reviving after a long downward trend. The rapid development of the huge Tour & Taxis site is a clear sign of this: a former freight station and warehouse near the port of the Brussels-Charleroi canal, which has developed into a vibrant event site. Numerous happenings take place every year, such as the popular Couleur Café festival and the famous BRAFA antiques fair. The adjacent Molenbeek, a former epicentre of Brussels industry that now serves mainly as a residential district, houses the Brussels Museum of Labour and Industry.

What events are there in Tour & Taxis and in Molenbeek, around Brussels canal?

Sablon and the Marolles 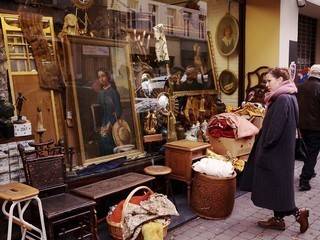 During a walk through the Sablon and the Marolles, folk authenticity and noble splendour merge seamlessly into one another. Both districts are living proof of the social struggle that has raged in Brussels for decades. Where the colourful Marolles are dotted with historic working-class neighbourhoods, charming shops and numerous charitable organisations, the Sablon is teeming with expensive antique shops, elegant couturiers and stylish chocolatiers. Here you can admire the majestic Onze-Lieve-Vrouw-ter-Zavelkerk (Our Lady the Sablon) with its guild statues, after which you can buy a unique piece at the oldest flea market in Brussels. In short: a contradictorial visit that you will remember!

What events are there in Sablon and the Marolles? 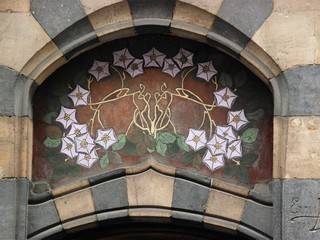 Saint-Gilles is a small municipality to the south of Brussels that compensates for its small size with a pronounced personality (and also, according to some, a pronounced smell, given that the municipality is known for its Brussels sprouts!). Beautiful patterns and graceful female figures adorn the facades of the stately old mansions, and the daily market creates a colourful and picturesque scene. Not to be missed is also the Victor Horta Museum, which attracts up to 25,000 visitors annually with its characteristic spiral staircases and stained glass windows in Jugendstil (better known as Art Nouveau). The municipality is also embedded in green by the landscaped footpaths and parks that are a welcome break from the turbulent city life.

What events are there in Saint-Gilles? 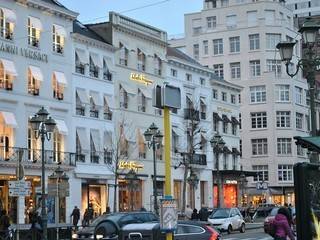 The fact that the Kasteleinswijk, also sometimes referred to as 'Little Paris in Brussels', is brimming with quality labels, design and elegant branded clothing should come as no surprise. Brussels' designers were preceded by the masters of Art Nouveau, who left their eternal mark on this district. Trendy wine bars and restaurants are also omnipresent here, offering you numerous opportunities to process all the impressions you've gained during your visit to Brussels. Prefer unwinding in nature? Then take your picnic to the adjoining Tenbosch Park, which, with its wealth of flora, is one of the most interesting parks in Brussels.

What events are there in Kastelein? 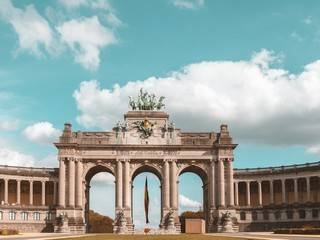 The European Quarter, the beating heart of the European project, is impressive to say the least. From here, thousands of people give their all every day to keep the European machine running: a complex radar work that is well worth a visit! On the trendy Place du Luxembourg (especially on Thursday evenings) you can have a drink with the many expats who live in Brussels, or you can visit the Cinquantenaire Park with its impressive triumphal arch. A delicious Belgian beer in the trendy café Le Grand Central in combination with fries and mayonnaise at Frituur Antoine is a must!

What events are there in the European Quarter? 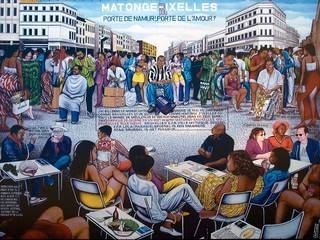 The multicultural and contradictory aspect of Brussels is also omnipresent here. From the affluent neighbourhood of the beautiful Ixelles Ponds to the Eugène Flagey Square, you can walk straight to the living proof of Belgium's colonial past: the 'Little Zaire' of Brussels, better known as the Matonge district. Here you will find cheerful fabric and wig shops as well as restaurants in the couleur locale with accompanying African specialties. Later, Asian, Indian and Pakistani communities settled here as well, making this region a colourful mix of cultures that gives visitors a glimpse of the world in just a few steps.

What events are there in Ixelles, Flagey & Matonge?

Laeken, the Royal Palace and the Atomium 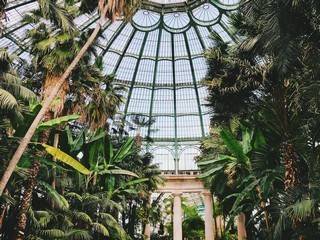 Anyone who wants to get to know the blue blood flowing through Belgium's veins is in the right place in Laeken. Here you can visit the Royal Palace, take a kingly walk in the royal greenhouses and end up with a regal meal in one of the many cosy eateries in Laeken. A visit to the ultimate symbol of Belgium is also a must: the Atomium, designed for the Brussels World Fair in 1958 by André Waterkeyn and since then the tourist attraction par excellence of our little country!

What events are there in Laeken?